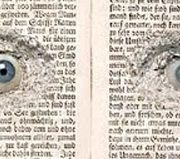 You’ve heard the saying, “You can’t judge a book by its cover.”

A great cover says everything.

When I’m browsing in Barnes & Noble, I don’t even pick up a book that doesn’t have a great cover.

I’m being close-minded, aren’t I?

There are probably fantastic books with lousy covers, and I’m the one losing out because I’ve refrained from going beyond the cover.

While reading in 1 Kings today, something caught my attention. I plowed through the minute details of preparation and the laborious specifications in building the Temple in chapters 5 and 6. When I got to the end of chapter six, I read that it took King Solomon seven years to build the Temple.

“It took Solomon thirteen years, however, to complete the construction of his palace” (NIV).

He spent almost TWICE as much time on his own home than he did with God’s Temple?

I couldn’t believe it!

Were his priorities out of line?

The more I read, however, the more I understood:

You really can’t judge a book by its cover.

Solomon can be commended for putting the Temple first.

He determined to put God first and built the Temple before he focused on his own needs.

You see, there was an immediate need to provide a place of worship for the Israelites, and Solomon was wise enough to know that his personal needs could wait.

Also, there were no previous preparations for his house as there were for the Temple. And when the Temple was being built, Solomon and the people were quickened by God’s express command to complete it. The palace was merely for personal convenience. God’s house was a necessity.

Solomon showed greater glory by focusing on the honor of God than he did his own comforts . . . and that’s a lesson for all of us.