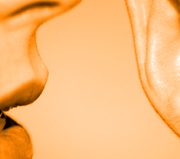 If you didn’t catch last week’s blog, please go back and read it. This is a continuation.

We’re diving inside an obscure little story found in 1 Kings 13.
The two main characters we’re looking at are simply known as “the true prophet of God” and “the old prophet.”

You’ll remember from last week that God instructed the true prophet to enter the idol-infested city of Bethel and warn King Jeroboam of his sin. God told the true prophet not to eat or drink while there and to return a different way than he’d come.

An old prophet who lived in Bethel (the city of idols) invited the true prophet to come home and eat with him. “Oh no, I can’t do that,” the true prophet explained. “God has given me specific instructions.”

But the old prophet said, “I, too, am a prophet and God told me through an angel that it’s OK if you come home with me.”

So the true prophet went.
During dinner, however, the old prophet said, “This is what the Lord says: You have defied the word of the Lord and have not kept the command He gave you. You came back and ate bread and drank water in the place where He told you not to eat or drink. Therefore you’re going to die far from home.”

We can learn several things from this story through the red flags that are given.
• First Red Flag:
The true prophet of God stopped to rest under a tree (1 Kings 13:14). He was actually doing much more than resting. He had built a temporary home and had made himself comfortable right outside the city of idols instead of fleeing. Bad move!

If God wanted the young prophet to accompany the old prophet, God Himself would have told him.

Simply because someone says he has heard from God, doesn’t always mean he actually has, and it certainly doesn’t mean it’s a message for YOU.

Paul told Timothy that in the last days it would be easy to be deceived by people in the church who have stopped listening to the Truth.
• Third Red Flag:
The old prophet was living in Bethel. This tells us a lot!

Maybe at one time He was obediently prophesying in God’s name, but the fact that he had chosen to live in the forbidden city of idols shows us he wasn’t living in God’s will.

I wish the young prophet had recognized this. When the old prophet said, “I, too, am a prophet of the Lord,” why didn’t the young prophet question his actions. “Really? Then why are you living where God has forbidden us to live?” would have been a great question!

And when the old prophet said, “God spoke to me through an angel,” I wish the young prophet had questioned that as well. “Really? That’s interesting, because God doesn’t need to use an angel to speak to us. He speaks directly to us. I’ve already been given specific instructions from Him, and they’re the exact opposite of what you’re telling me.”
I’ll conclude this next week, but meanwhile, here are a few questions to chew on:

—Do you find yourself easily deceived?

—Oftentimes we simply accept what we hear as truth if it comes from one who claims to be a Christian. But God never contradicts Himself. So if His Word can’t back up what you’re hearing, it’s not truth. Do you struggle with this?

—Like the old prophet, do you sometimes find yourself living in a place where God has instructed you to leave?

—Is it easier for you to believe that God speaks to other Christians more than He speaks to you?

It’s an obscure little story tucked inside of 1 Kings 13.

Jeroboam was on the throne, and he was deeply involved in idol worship. God sent a prophet to warn the king. It’s interesting that this prophet is only known as “a true prophet of God.”

I’d love to know his actual name.
What he looked like.
A little more about him.

But we do know is that he’s a young adult, he’s serving God and God is greatly blessing his ministry.

God gave him specific instructions:
“When you prophesy to King Jeroboam, don’t eat or drink, and return home on a different route from which you went.”

The true prophet of God prophesied to Jeroboam, and the king stretched out his hand in anger and yelled, “Seize him!” But as he did this, his hand immediately shriveled up and he couldn’t retrieve it.

In gratitude, Jeroboam invited the prophet to dinner and revealed that he wanted to reward him. But the prophet told him he was not to eat or drink, and he left on a different route from which he’d entered the city.

This is where the story takes an interesting turn!
There was an old prophet living in Bethel who had heard what happened and found the true prophet of God sitting under a tree. “Come home with me and let me feed you,” he invited.

The true prophet refused and explained God’s instructions.
The old prophet said, “But I’m also a prophet of God! And God spoke through an angel to me—telling me to invite you into my home.”

So the true prophet of God went home with the old prophet.
They ate together, and during dinner the old prophet said, “This is what the Lord says: You have defied the word of the Lord and have not kept the command He gave you. You came back and ate bread and drank water in the place where He told you not to eat or drink. Therefore you’re going to die far from home.”

The true prophet left immediately but was killed by a lion.

Are you thinking this is kind of a weird story?
And what can we learn from it?

We can actually learn several things! There are a lot of red flags in this event. Allow me to mention one now, and I’ll continue with next week’s blog, OK?

• The true prophet of God stopped to rest under a tree (1 Kings 13:14). When researching this passage, I discovered that the Hebrew meaning for sitting under the tree is a lot more than simply stopping for a breather.

He had actually stopped long enough to build shelter under the tree. In other words, he set up camp. He stayed a while—like a couple of months. He had constructed a temporary home.

He was in a place that wasn’t pleasing to God. He was still near the city of idols—the very place God sent him to prophecy against. He was to FLEE this wicked area. But instead, he stopped just outside the city and set up camp. He became comfortable living close to sin.

There’s nothing wrong with resting!

But when we rest in the wrong place, we’re setting ourselves up for trouble.

So think about it:

—Are you getting adequate rest? The better rested you are, the better equipped you are for doing what God has called you to do!

—Are you resting in the right place . . . or do you sometimes find yourself falling asleep too close to what God has forbidden? 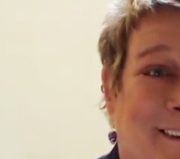 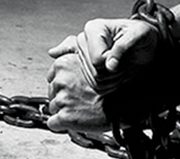 When reading 1 Kings 13, we find Jeroboam on the throne.

He was a ruler deeply involved in idol worship. Because of his evil deeds, he was quickly destroying the nation of Israel. God sent him several warnings, but Jeroboam’s hard heart refused to heed them.
Jeroboam even manufactured his own system of worship in defiance of God’s law. God eventually destroyed the house of Jeroboam from the face of the earth. This is a tenacious warning that sin will not be tolerated.
You may remember the story of Joshua. God empowered the children of Israel—under Joshua’s leadership—to conquer the huge city of Jericho. But afterward, when they attempted to conquer the tiny little city of Ai, they were unsuccessful. Joshua couldn’t figure it out.

“I don’t understand, God,” he said. “Why would You bring us this close to the Promised Land—and give us victory in Jericho but not in Ai? What’s happening?”
God revealed to Joshua that someone in the group had broken His commands and stolen some articles. Joshua tore his clothes in anguish. God helped him discover the guilty man—Achan—and he was immediately killed.
Joshua and the children of Israel continued on their journey into the land that God had promised.
How much does sin cost?

The price is high.

Romans 6:23 displays the price tag: “The wages of sin is death.”

It distances us from God and will eventually destroy us.
BUT . . .

we serve a God of hope!

That same Scripture (Romans 6:23) not only shows us sin’s price tag, it also announces: “but the gift of God is eternal life in Christ Jesus our Lord.”
Someone has to pay for your sin—

it’s either you . . . or Jesus Christ.
Father, help us never to take Your precious gift of forgiveness, mercy and grace for granted.
A little more to chew on:

Not only will Christ forgive our sin, but when we surrender all to Him and make Him truly LORD of our lives, His Holy Spirit can give us continual victory over sin.
Are you living in victory?