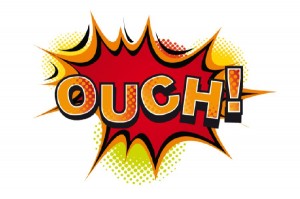 I went to physical therapy today because my back has been hurting. Too much hauling heavy luggage around the country. So I thought some good ol’ P.T. might help. (Please remind me never to use “good ol’ and P.T. in the same sentence again.)

It’s too early to tell.
This is normal, right? To be unable to move 10 hours after therapy?

She smashed my lower back and kneaded it like dough then pounded, punched, pulled, plied.

As I lay wincing on the table, I realized the pain she was inflicting on me was much greater than the pain I had walked in with. She was hurting me more! Since I don’t curse, I loudly repeated the alphabet over and over. I thought perhaps yelling something would take my mind off of the pain.

I don’t want to be a baby, so I’m trying to look at life’s trials this way. Isn’t it true that most of the time stuff has to hurt a little before it gets better?

There are some things, however, that only Mexican food can fix.