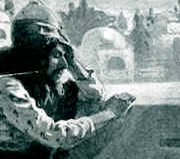 King David, though, a mighty warrior, sinned when he lusted after Bathsheba. That sin led to another sin—sleeping with her—and when she became pregnant, David simply continued to dig himself deeper into a pit of sin.

You may recall that he brought her husband in from war to sleep with her, so he could deceive Uriah and make him think that Bathsheba became pregnant from her husband.

But when Uriah refused the comfort of being with his wife while his men were risking their lives in battle, David had him killed.

And it all began with being in the wrong place at the wrong time.

Why wasn’t David where he should have been?

Why wasn’t he at war with the rest of his men?

Failing to be where he should have been, got him in trouble.

This is where his downward spiral begins.

“One evening David got up from his bed and walked around on the roof of the palace. From the roof he saw a woman bathing. The woman was very beautiful, and David sent someone to find out about her” (2 Samuel 11:2-3 NIV).

Sometimes we can’t help what we see.

We live in a fallen world.

But we can determine how long we continue to view it.

“The man said, ‘She is Bathsheba . . . then David sent messengers to get her. She came to him, and he slept with her”

Right now would be a great time for David to seek forgiveness and repent. (Repent means to walk away from sin; to turn completely away from it.)

He knew what he did was wrong. But when he received the news that she was pregnant, he continued to sin by ordering her husband be placed on the front line of battle where he knew Uriah would be killed.

The Holy Spirit is faithful to guide us on the right path.

“Show me the path where I should go, O Lord; point out the right road for me to walk. Lead me; teach me; for you are the God who gives me salvation” (Psalm 25:4-5 LB).

Let’s commit to asking God each morning to show us the right path and empower us to remain on it.

I’ll be speaking in New Mexico August 1-6. Please pray for me. 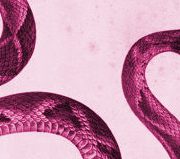 I just returned from my annual two-week missions trip.

We were in Costa Rica this summer.

327 people accepted Christ through our ministry.

Wow! God is so very faithful!

How He blessed blessed!

We’re going to Peru next summer.

Email me if you’re interesting in coming. (susieshell@comcast.net)

Right now I’m now in Michigan—speaking at a family camp for a week, and here’s what’s rattling around inside my head . . .

We know that the book of Acts chronicles the apostle Paul’s adventures, trials, blessings and setbacks.

At one point, God tells Paul to make the trip to Rome so he can preach the gospel there. The Lord also promises that no storm or snake would stop him. But in Acts 28:5, we notice that a snake attacks Paul. And we also know that the book of Acts is filled with accounts of Paul’s troubled sea voyages and shipwrecks.

He always keeps His promises.

While God didn’t provide an easy road for Paul, He did continually create amazing opportunities out of Paul’s setbacks.

And in Acts 28:5, we see Paul simply shake the snake off.

I often fret about a “snake”—something that has bitten me or gets in my way or frustrates me. But with God’s power within me, maybe I should be “shaking it off”—knowing that God will enable me to continue on the path He has led me.

Been bitten by any snakes lately?

God has promised these things won’t stop us! 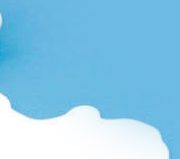 If you didn’t catch the last two weeks of this, please go back and read them. This is a continuation and conclusion.

We’ve been discussing an obscure little story found in 1 Kings 13.

God instructed the true prophet to enter the idol-infested city of Bethel and warn King Jeroboam of his sin. God told the true prophet not to eat or drink while there and to return a different way than he’d come.

But the old prophet convinced him it was OK.

So the true prophet went.

During dinner, however, the old prophet said, “This is what the Lord says: You have defied the word of the Lord and have not kept the command He gave you. You came back and ate bread and drank water in the place where He told you not to eat or drink. Therefore you’re going to die far from home.”

We can learn several things from this story through the red flags that are given.

First Red Flag:
• The true prophet of God stopped to rest under a tree (1 Kings 13:14). When researching this passage, I discovered that the Hebrew language reveals that he wasn’t simply sitting under a tree. He had built a temporary home. He knew to flee—and to flee immediately—but he didn’t. He rationalized it would be OK to rest a while.

But God has already specifically spoken to the young prophet. So when does the voice of an angel trump the voice of God Himself?

• Third Red Flag:
The old prophet was living in Bethel. This tells us a lot!
The fact that he had chosen to live in the forbidden city of idols shows us he wasn’t living in God’s will.

The young prophet was killed by a lion when he left the old prophet’s home. The young prophet tried to get back to where he should be, but he would never get home again. His ministry was over, and in fact, his walk with God in this world had come to an end. That seems pretty harsh to us, but remember, God isn’t playing games. Though He is long-suffering, there will come a point when He will no longer tolerate sin and disobedience.

We must be guarded and stick like glue to the message of the Bible. Don’t let anyone or anything draw you away—even someone you deeply love. If you do get drawn away, you’ll be deceived and deception can be deadly.

The young prophet of God was a good man who was deceived into disobedience. We don’t need to look for external voices and supernatural encounters with audible voices. We just need to know God’s Word. That’s how Jesus rebuked and refuted the devil during His temptation in the wilderness. Without being anchored on the Word of God, we’ll easily be deceived.

You are battling for eternity.
Be very guarded and test everything.

The Word of God doesn’t change.
Man may alter it,
lie about it,
and add to it,
but God’s Word will endure forever.
So . . . how well do you know God’s Word?
Do you read the Bible consistently?

I’d love to hear from you! 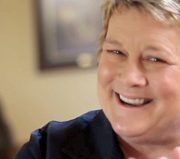