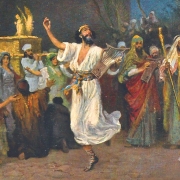 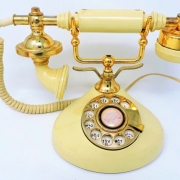 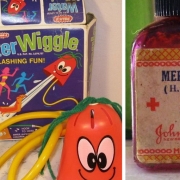 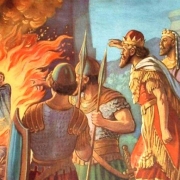 You may know that Stephen was the first Christian martyr.
What led to his murder?
Let’s take a look at how it started:

“Stephen, a man full of God’s grace and power,
performed amazing miracles and signs among the people”
(Acts 6:8 NLT).

But one day a group of men started arguing with him.

“None of them could stand against the wisdom and the Spirit
with which Stephen spoke” (Acts. 6:10 NLT).

No one likes to lose—especially these guys.
They became angry,
jealous
and frustrated.

So they convinced some men to lie about Stephen and accused him
of blaspheming God. Here’s the lie:

“This man is always speaking against the holy Temple and
against the law of Moses. We have heard him saying that this
Jesus of Nazareth will destroy the Temple and change the
customs Moses handed down to us” (Acts 6:13-14 NLT).

Of course, Stephen would NEVER blaspheme Christ!
But the high priest asked him if the accusations were true.

Check this out: “This was Stephen’s reply . . .” (Acts 7:2 NLT).
Then Stephen gave a sermon!
He responded to the question with a sermon!
And it was a really loooong sermon.
It begins in Acts 7:2 and doesn’t end until Acts 7:56!

In that sermon . . . Stephen’s response to the question . . .
he goes back in history and beginning with Abraham in Genesis
(the very first book of the Bible)—and on with the Israelites being
slaves of Pharaoh in Egypt, Joseph, Moses, the 40-year hike through
the wilderness with the Israelites, Joshua, David, Solomon and on
through the birth, death and resurrection of Jesus, to Jesus now
being at God’s right hand—Stephen recounts this rich spiritual
heritage to his accusers.

I’m amazed at how many of us in the church don’t really know our
spiritual history.

I remember a time we had something called Sunday school in which
boys and girls were taught the incredible, exciting and true stories of
the Bible.

My heroes were Shadrach, Meshach and Abednego.
I fell in love with the courage of David,
the prayer life of Daniel
and the integrity of Joseph.
I admired Mary and Esther and Ruth.
I applauded Noah and Paul and Peter.
But along the way . . .
through the years . . .
something happened.

Bible stories gave way to hot topics.
And Sunday school died to something more hip.
As a result many in the church no longer know the Bible stories.

Conversations:
Me: Do you know which person in the Bible was swallowed by a big
fish?
Student: Uh . . . was it Pinocchio?
Me: How did David kill Goliath?
Student: With a gun.
Me: Who was Joseph in the Old Testament?
Student: The dad of Jesus?
Me: Can you name any of the 12 disciples?
Student: Jesus
Student: David
Student: Goliath?
Me: What are the New Testament epistles?
Student: Wives of the apostles.

How well do you know your spiritual history?
You can’t pass it on if you don’t know it.

Please read the Bible.
Learn your spiritual history.
Then pass it on!
Articulate it to those around you.
Otherwise, we’ll simply be adding to spiritual illiteracy.

If you’d like to participate in the 2020 Susie Shellenberger Ministries missions trip to Costa Rica June 29-July 12, please email me at: susieshell@comcast.net for more information. 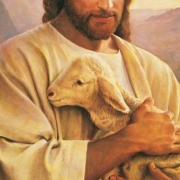 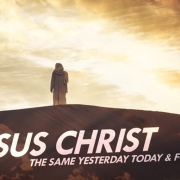 As culture changes, we sometimes try to make God change
along with it. But the truth is:

In fact, the apostle James reminds us that God is:

So why do often try to make Him change along with our shifting
society?

Possibly because WE feel less guilty about changing OUR morality
and standards if we can believe God has changed His.

Check this out:
“Keep your eyes straight ahead;
ignore all sideshow distractions.
Watch your step,
and the road will stretch out smooth before you.
Look neither right nor left;
leave evil in the dust”
(Proverbs 4:26-27 The Message)

God calls His followers to walk straight ahead—
and that often means walking in the opposite direction
of the world around us.

He will equip us—through His Holy Spirit within us—
to remain strong and resist melding into an evil culture.

Grab hold of this:

“ . . . mark out a straight, smooth path for your feet
so that those who follow you, though weak and lame,
will not fall and hurt themselves but become strong”
(Hebrews 12:13 LB).

I encourage you this week to thank God for being
unchanging. It’s comforting to know our Father
remains constant,
immoveable
perpetual,
firm,
rock-solid,
steady,
and holy.
THAT’S a God we can depend on!
When it seems everything around us is changing,
We have a God who remains consistent.

“Since we have a Kingdom nothing can destroy, let us please
God by serving him with thankful hearts and with holy fear and
awe.  29  For our God is a consuming fire” (Hebrews 12:28-29 LB).

I’m in Quito, Ecuador right now and God is truly blessing
this missions trip. It’s exciting to see Ecuadorians coming into
relationship with Him. Thank you for your prayers! 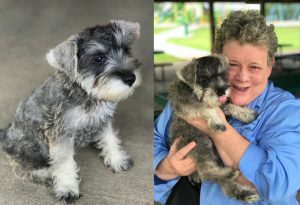 I mentioned in an earlier blog that I had to say goodbye to my
little gray Schnauzer, Obie, on April 30 of this year. God definitely
helped Amos (my other Schnauzer) and I through the grieving
process.

Aren’t you grateful that God cares deeply about every area in
our lives? When we hurt, He hurts with us.

He is so faithful!

Amos and I now have a new member of our family.
Meet Bentley Shellenberger.
He’s sweet,
curious,
mellow,
and a bundle of softness!

We’re growing together through the newness of a puppy.
New commands for Bentley to learn.

New boundaries.
New sights and sounds and discoveries.
Oh, the joy of new life.
I can’t help but wonder how deeply God rejoices
when new life is found in Him!
Scripture tells us that all of heaven rejoices (see Luke 15:7).

Sure, a new puppy is exciting, and Bentley has definitely brought
newness to our home. But nothing can ever compare to the new life
we find in Christ when we submit to Him. Let us never take for
granted the new life we have in Jesus our LORD.

When the time came for Lot and his uncle Abraham to part ways
(their families, animals, servants, etc. had become so numerous the
land could no longer support them), Abraham gave Lot first choice.

Lot looked around and chose the land of Sodom and Gomorrah.

The land was fertile and well-watered. “The whole section
was like the Garden of Eden” (Genesis 13:10 LB).

Through human eyes, this may have seemed like a good choice.
He could be successful at growing anything, because of the fertile
land. But a good choice doesn’t always equal the best choice!
Though the ground itself was fantastic, the people living there were extremely wicked:
“The men of this area were unusually wicked, and sinned greatly against
Jehovah” (Genesis 13:13 LB).

Many of us miss God’s best simply because we’re focused on
the good. Check out what Oswald Chambers says about good
choices: “The greatest enemy of the life of faith in God is not sin
but good choices which are not quite good enough, The good is
always the enemy of the best.”

We don’t want the good.
We want God’s best, right?

So when tempted to quickly make a good choice,
let’s stop—
and pray—
and be willing to WAIT—
until God reveals His BEST for us!

Reading further in Genesis, we see the sad results of Lot’s choice.
God eventually destroyed that entire area of Sodom and Gomorrah
with fire from heaven.
The wicked may prosper for a season, but God’s righteousness

This week as you’re making choices—
don’t be so quick to make what looks like a good choice.
Surrender your right to choose, and submit to God’s best choices
for your life.

Please pray for me as I speak at the Missouri District Family Camp next week in Fredricktown, MO.

Abraham and his nephew Lot had numerous animals,
servants,
family members
and crops.
In fact, the area became so crowded the land
could no longer support them.
It was time to split.
Abraham gave Lot first choice.

Abraham had the “right” to choose first.
To give that right seemed foolish to those around him.
But Abraham was more focused on surrender to God
than demanding his rights.

We can cling to our rights . . . but we’ll forfeit God’s blessings.
I love what Oswald Chambers says about rights:

“Whenever our right becomes the guiding factor of our
lives, it dulls our spiritual insight.”

You see, by choosing to focus on our rights . . . what’s mine, what
should happen, me first, my title, my position, my status . . . we miss
the joy of total surrender to God’s holy will.
And isn’t this what sanctification is all about?
Yielding to HIS will.
Being fitted with HIS yoke.
Living in HIS choices for my life.

THIS is true freedom.