You are here: Home / Random Thoughts / Enjoy the Lord 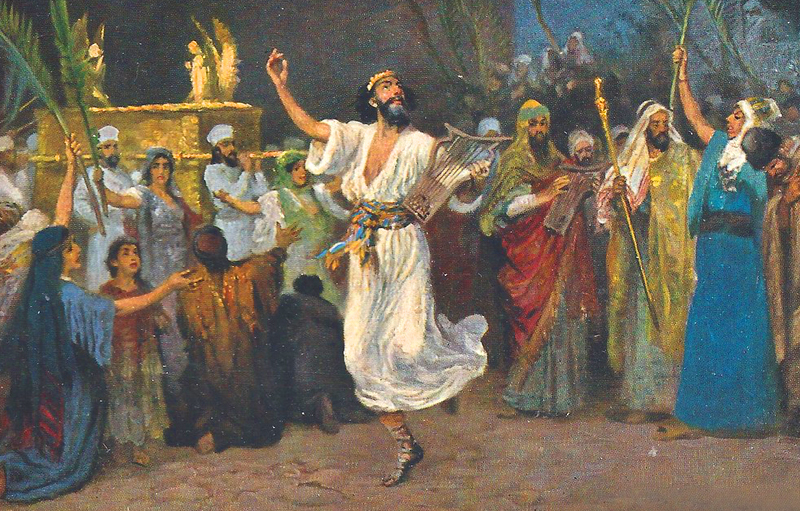 Have you ever been so full of joy that you couldn’t contain it?
If so, you can identify with David. He was excited that he began to
dance with abandon in gratitude of God’s goodness. “Wearing a linen
ephod, David was dancing before the Lord with all his might, while he
and all Israel were bringing up the ark of the Lord with shouts and the
sound of trumpets” (2 Samuel 6:14-15 NIV).

He was happy!
He was celebrating.
His dancing reflected the praise within his heart.

One commentary defines David’s dancing in this way:
“He danced with all his might—violent efforts of leaping—but it was
unquestionably done as an act of religious homage, thankfulness and
devotion.”

David’s wife Michael (daughter of the former King Saul) watched her
husband dance from the window of their home. She was not only
embarrassed; she was also angry with him.

“As the ark of the Lord was entering the City of David, Michal
daughter of Saul watched from a window. And when she saw King
David leaping and dancing before the Lord, she despised him in her
heart” (2 Samuel 6:16 NIV).

Did you catch the last part? She despised him.
Ooooh.
We need to be careful not to criticize other people’s style of worship.
If worship is genuine, God loves it!

Michal berated David when he returned home, and he turned away
from her for good. The last verse of this chapter says, “And Michal
daughter of Saul had no children to the day of her death.” God didn’t
bless her. But He did bless David.
When was the last time you truly ENJOYED God . . . and showed it?

I’m speaking in Duncan, OK this weekend—and as always—I
appreciate your prayers!

A Thing of the Past? Part 2