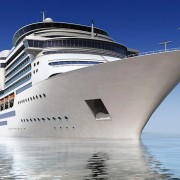 I love what I do.
I’m an ordained evangelist.
That means God is allowing me to speak and write fulltime.
I travel 42 weeks/weekends every year opening God’s Word
to a variety of groups.
And though there’s absolutely nothing I’d rather do more . . .
sometimes I get physically tired.

So He has helped me discover a way to “take a break”
and still do what I love to do—talk about Him!

I have put together a Christian ladies cruise.
I’m calling it “Girlfriends, a Giant God and a Really Big Boat!”

The dates are next May 28—June 4, 2016.
Lots of laughter,
swimming with dolphins,
growing together spiritually.

I’m so excited, I can’t stand it!
And I’d love for you to come WITH me.

Maybe you, too, need a break from the pressures,
deadlines
and chores of life.

And if those dates don’t work for you?
I’m involved in another Christian cruise January 16-21, 2016.
I’m not running this one, but I’ll get to speak.
It will have a completely different feel than the ladies cruise.
The January one is for men AND women,
and it’s a Southern Gospel cruise.
Lots of good music and preaching.

The prices for both cruises are amazing!
If you need a break . . .
or if you’re wondering what to get a loved one for Christmas . . .
send me an email with your complete mailing address,
and tell me which cruise you want more information on,
and I’ll send you the brochure.

Let’s take a break.
Together.
I need one.
And I’d love to take it with YOU!

I know. I know. I know.
I’ve been rambling on about imitating Christ for the past few weeks.
But I can’t help it.
It’s where I am.
It’s what God is teaching me.
And I want to share it with you.

I’m still stuck on the apostle Paul.
We already looked at what he said in 1 Corinthians 4:16:
“I urge you to imitate me.”

Let’s also look at what he said in 1 Corinthians 11:1:
“Follow my example, as I follow the example of Christ” (NIV).

And in Acts 20, Paul encouraged the new believers to
emulate him,
to watch him,
to listen to him,
to be like him.

Could it be that Paul knew something we’ve forgotten?
That we’re not simply called to speak the gospel—
but that we ARE the gospel!

Even though Paul was tortured,
shipwrecked,
misunderstood
and jailed,
he was living in the kingdom of God.

His eyes weren’t focused on his situation.
He looked past the pain
the discomfort
the hatred . . .
and focused instead on simply being Jesus.
And acting on earth as he would act in heaven.
He was living in the kingdom of God—
while he was on earth.

Father, help me to live in Your kingdom
right here
right now
regardless of what I’m experiencing.

Help me to imitate You.
Help me to live the kingdom life—
on earth. 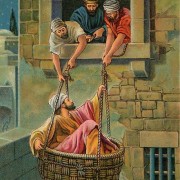 At first I found myself in awe of the apostle Paul
as he said, “I urge you to imitate me” (1 Corinthians 4:16).

But I have to admit . . . later, I began to feel frustrated with him.
I mean, after all, Paul wasn’t perfect.

After his conversion, he determined to the “the great voice”
to the Jews. But they hated him. And almost every time they
heard him preach, they tried to kill him. The disciples had to
pack Paul in a basket and lower him by ropes over the city wall
at midnight just to keep him safe.

But Paul kept preaching to the Jews.
And he kept getting death threats.
And being persecuted.
And causing all kinds of division.

Finally, the disciples said, “Hey, Paul. We know God has called
you to preach. And that’s exciting. And we know He’ll use you.
But He’s just not using you here. I mean, can’t you see it?
It’s obvious that God has something else for you.
This isn’t working! Please leave and wait for God’s direction on
your ministry.”

The disciples said that!
It’s kind of funny.
It was like Paul just kept banging his head against the wall:
“This SHOULD work. It CAN work. It HAS to work.
I’m the right person for this job!”

But it wasn’t working!

If Paul could have only seen into the future:
If he could have known THEN that God would use him to bring
the Gospel to the Gentiles . . . and that he would write most of
the New Testament . . . that his ministry would be talked about,
read about and preached about for centuries . . .

Maybe it would have been easier to stop what he was doing
and move on. And wait for God’s direction. For God’s open door.
For the new ministry God wanted to give him.

After leaving the disciples and spending about a decade making
tents and waiting for God’s direction, Paul finally realized his ministry was to the Gentiles. And look what God did through Him!

Two things stand out to me: