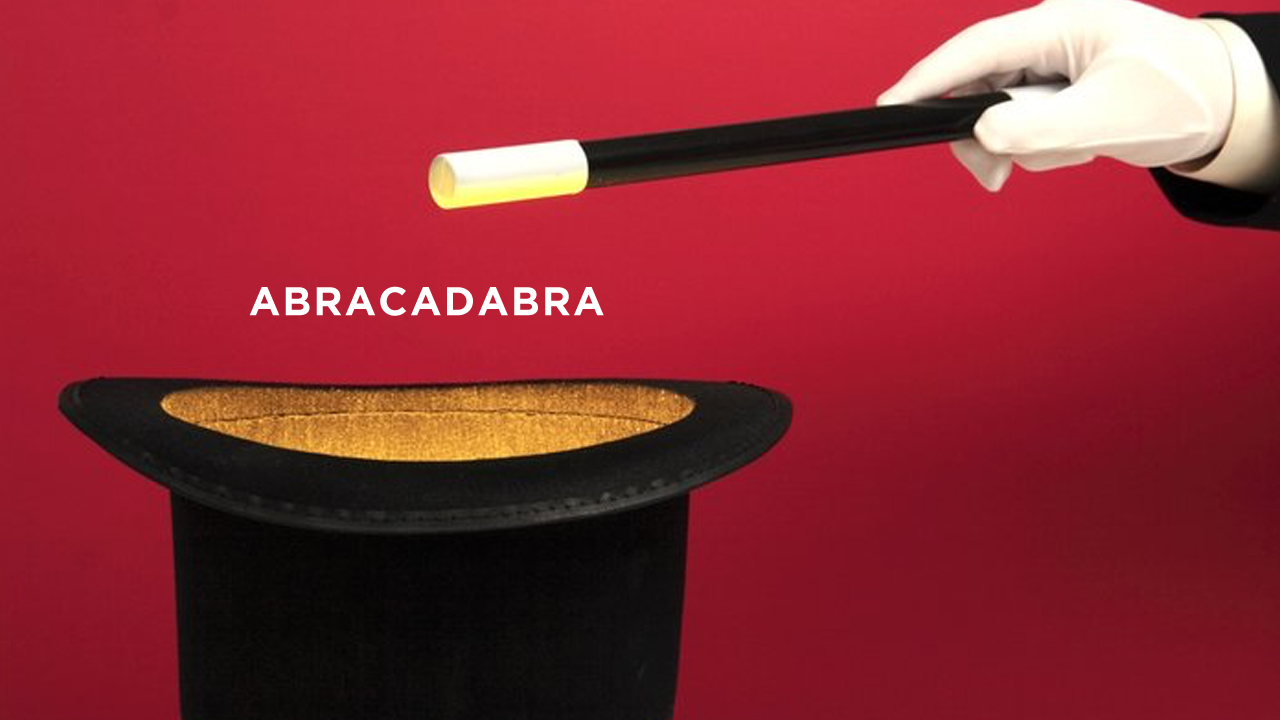 (I’m going to write my next

devotional blogs using an A to Z

letter. Next week, we’ll move on to

Magicians often use this word when trying to make the impossible
happen.

Jesus was a pro at turning the impossible into immediate reality. He
waved His hand over a little boy’s sack lunch and fed more than 5,000
hungry people.

He brought sanity to a man living in a Gerasene graveyard.
He conversed with nature and it obeyed the sound of His voice.

He merely announced the dead man’s name, and the heartbeat of
Lazarus returned, oxygen flowed, cells came to life, muscles flexed, and
Lazarus left death behind as he kicked open the entrance to his own tomb.
Jesus gave sight to the blind, sound to the deaf, music to the mute,
and motion to the lame.

And He never once used the word Abracadabra.