You are here: Home / Random Thoughts / After the Resurrection 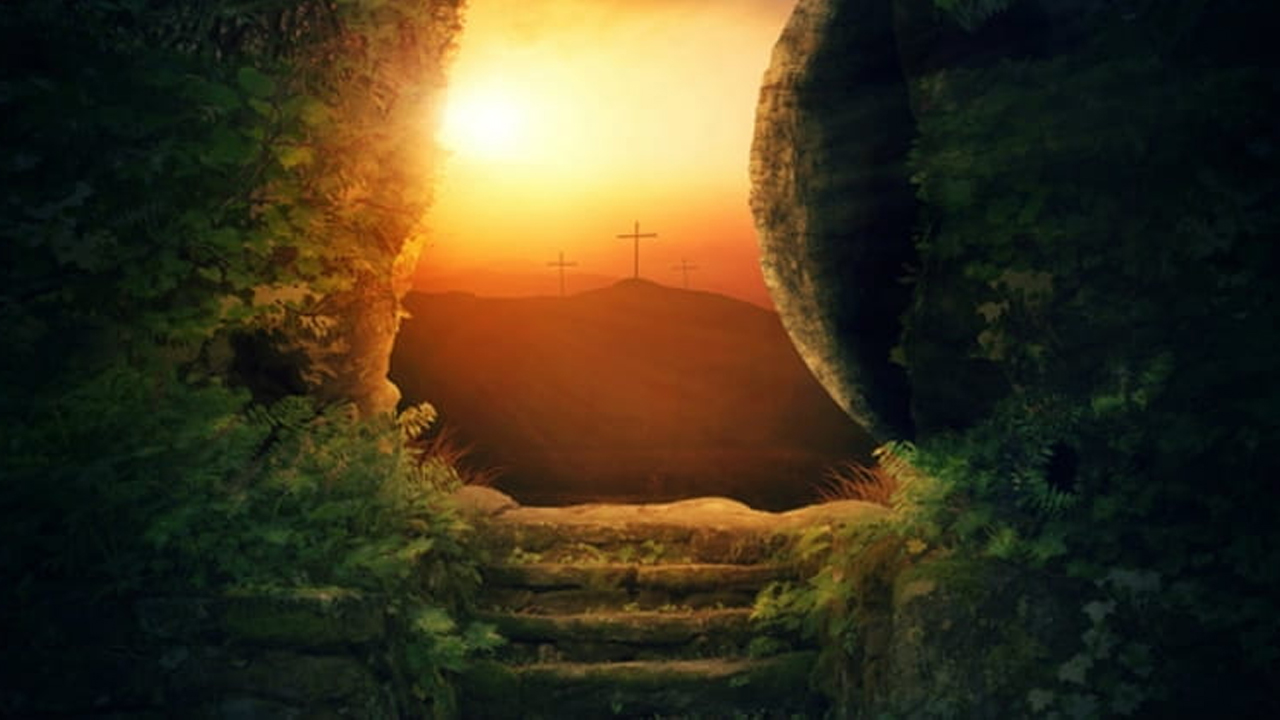 This past Sunday, I enjoyed my pastor’s Easter message online, and
I enjoyed the variety of others I found online as well. As I’ve been
pondering Easter, I have a few questions I plan on asking Christ when I get
to heaven.

• Where did He spend the night after He left the tomb?
We know He appeared to hundreds after He rose from the dead. But
He didn’t ascend to heaven for 40 days. So where did He bunk during the
night for more than a month?

•What was His first thought when He came to life?
Gotta remove these tightly-wrapped strips of cloth from my face so I
can breathe! Did He cough a few times? It feels so good to be ONE with
the Father again. Was He thirsty? Did He have the munchies . . . maybe
some fish & chips would’ve been nice! Were you and I on His mind?

•Where did He stay during the 40 days before He ascended to
heaven?

Luke chapter 24 tells us He led the 11 disciples to Bethany and told
them to remain in Jerusalem until the coming of the Holy Spirit. Did He stay
in Bethany with them for 40 days? Seems as though Matthew, Mark, Luke
or John would have mentioned it if He did. But Scripture only records 10
times that He appeared to His followers.

John does say (John 20:30) that the Gospel accounts aren’t a
complete historical record. “Jesus did many other signs in the presence of
the disciples, which are not written in this book.”

So who knows? Maybe they had incredible revivals packed with
amazing praise and worship. Still, it seems that would have been
mentioned.

•Was He mentally, physically, emotionally and spiritually
exhausted when He came to life?
He’d been beaten almost beyond the point of recognition, had battled
satan and had experienced the horror of crucifixion. Or was He
emboldened and energetic? Did He heal Himself—but leave the scars
intact so He could show them to Thomas?

I have plenty more questions . . . but I’m OK with not having the
answers. What I do know is that Christ actually died for me. And if I had
been the only person in the entire world, He still would have died for me.
That’s love.
I do know that He conquered death. He actually changed history.
That’s power.
I do know that He’s alive right now and preparing my forever home.
And it won’t simply be a place I’ll see and say, “Nice job.” It will be beyond
my imagination. That’s creativity.
I do know He’s coming back. I believe it’s sooner rather than later.
And based on what He said must happen (Matthew 24) before His return . . .
That’s truth.
•••••

I really, truly, genuinely, totally appreciate your prayers! As many of
you know, my ministry has taken a complete halt until Covid-19 calms. I
understand why pastors have to cancel revivals with me. And I understand
why conferences and other avenues I was scheduled to speak at have
been canceled.

Though I understand, it’s hard. I yearn to be in your churches opening
God’s Word. I miss it. A LOT. God’s message is literally burning in my
bones. I can’t wait till I can speak again.

Meanwhile, please join me in praying DAILY that God will meet my
financial needs. He is so faithful. I’m leaning into Him. He is deepening my
faith.

If He leads you to make a financial donation to the ministry He has
entrusted me, you can write a check to Susie Shellenberger Ministries and
send to me at: 7012 N. Lake Front Drive; Warr Acres, OK 73132. I’ll send
you a tax donation receipt for your files, because I’m a 501-C 3 non-profit.