It’s Not That Complicated

You are here: Home / Random Thoughts / It’s Not That Complicated

It’s Not That Complicated

If you’ve read the book Fox in Sox by Dr. Seuss, you’re familiar with “The Tweetle Beetle Battle.” It’s a conversation between Mr. Fox and Mr. Knox who converse entirely in complicated tongue twisters.

Here’s the example of what Pam Beers and Beta Noel gave us on Sunday: 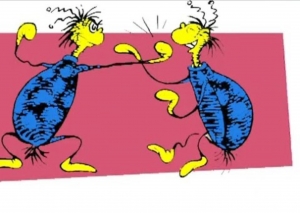 AND . . . when beetles fight these battles in a bottle with their paddles and the bottle’s on a poodle and the poodle’s eating noodles, they call this a muddle puddle tweetle poodle beetle noodle bottle paddle battle.”

Pretty complicated, isn’t it!
Unfortunately, many folks try to complicate things found in Scripture.
Take justification for example.
It’s really a simple—and glorious—concept.
When we seek forgiveness and repent of our sins,
God justifies us freely.
He makes it just-as-if-I’d never sinned.
He even wipes away all the evidence!

“ . . . and are JUSTIFIED freely by his grace through the redemption
that came by Christ Jesus.” (Romans 3:24 NIV)

The message is simple. God JUSTIFIES us freely—even when we didn’t
deserve it: All of us have sinned and fallen short of the glory of God.

Being justified is the legal and formal acquittal from guilt by God as Judge.

Our sins made us guilty in God’s presence
We were in danger of being imprisoned by our sins.
We all had warrants out for our arrest.
But God (the righteous judge) pardoned us.

We didn’t deserve it—but God pardoned us.
He justified us! 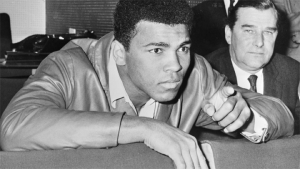 That theology is taught by every world religion.
It’s the theology of Karma and of the Koran.
You’ll find it taught in popular books, TV shows and movies.
But the one place you’ll never hear it taught is in Scripture.

The Bible rejects the teaching of Karma.

Scripture denies the belief that you or I could ever do enough to be good enough for God. 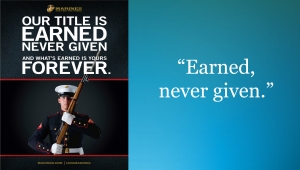 One ad for the U.S. Marines pictures
a sword, and beneath it are the words: “Earned, never given.”

If you want to become a Marine, you must be prepared to earn that name
through sacrifice, hardship, and training. If you get it, you deserve it.

But, if you want to become a Christian, you must understand God’s message of grace. You have to reject the idea of “Earned, never given” and replace it with:

“Other religions are spelled ‘D-O,’ because they teach that people have to do a
bunch of religious rituals to try to please God.

But Christianity is spelled ‘D-O-N-E’ because Christ has done it all on the Cross.”

There’s a story found in Buddhist literature. It’s much like the parable of the “Prodigal Son” that Jesus tells, but there’s a dramatic difference.

Both stories involve sons who became rebellious and left home, but then saw the error of their ways and decided to come back and be reconciled with their families.

However, in the Buddhist story, the rebellious son is required to work off the penalty for his past misdeeds by spending years in servitude.

But you know how the Christian parable of the Prodigal Son ends! With the repentant son being warmly welcomed home by his loving father and being given undeserved grace and forgiveness.

Spend some time thanking God for this simple and glorious truth!