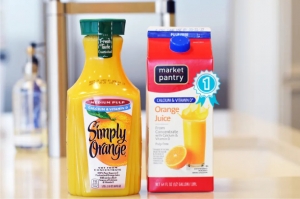 We’re attracted to generic products because they’re always less expensive than the real thing. We ask the pharmacist if a generic version of a prescription is available.

Centuries ago, when food production moved from the home to the factory, the pressures of large-scale manufacturers prompted merchants to resort to shortcuts.

One of the most blatant cases of food adulteration happened in 1969, when a man in England was charged with selling phony grated Parmesan cheese. What he was really selling was ground-up umbrella handles.

Sometimes substitutes can be almost as good as the original—but
sometimes not.

The Israelites were guilty of substituting Jehovah God with idols.
They wanted gods that would mold into their lifestyle.

They desired gods who would morph into what THEY wanted them to be. But Jesus isn’t Gumby! We don’t bend or manipulate Him to be what we want. This isn’t Real Christianity; it’s Christianity Lite. It’s accepting a generic version of God.

There are no substitutes for God!

We don’t want to fall into the same trap.
So we must be careful not to compromise our faith.
We must be diligent in avoiding substitutes for our God.
When Jesus went to the Cross, it cost Him everything.
He demands the same of His followers: Everything.
This is Real Christianity.