“The Deal of the Century”

You are here: Home / Random Thoughts / “The Deal of the Century” 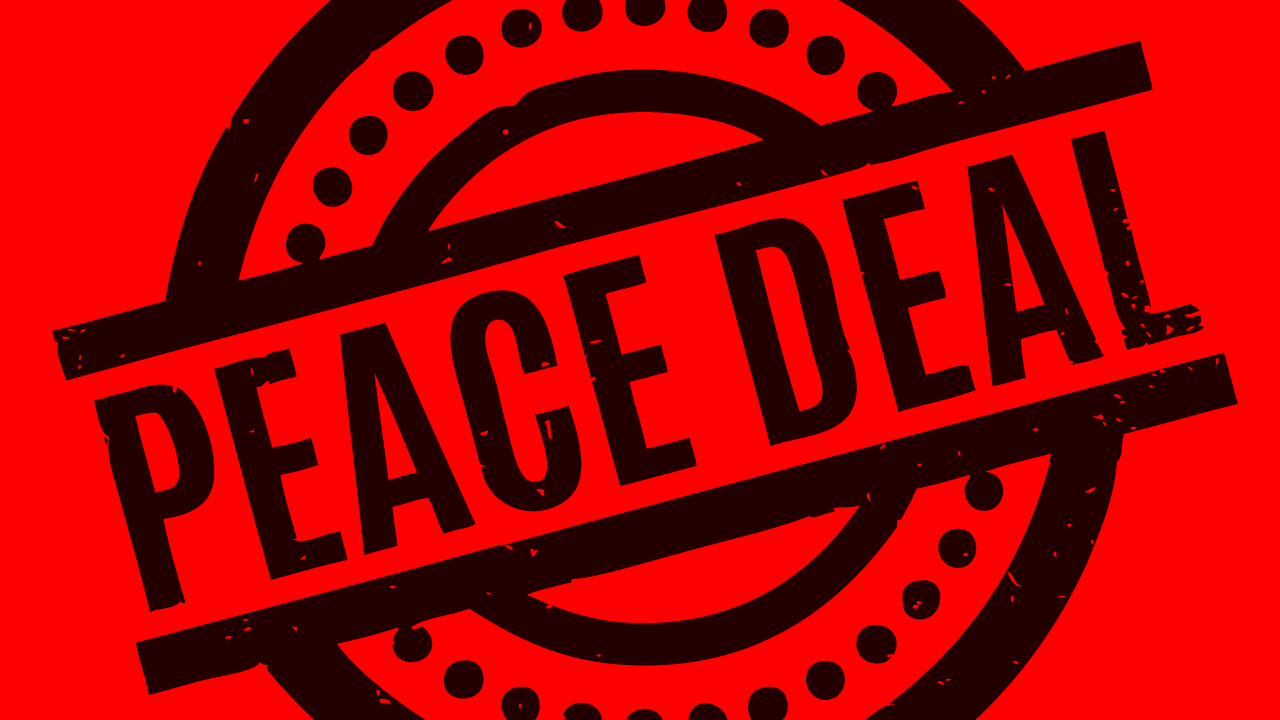 Exactly what does President Trump’s peace treaty between Israel and the
United Arab Emirates (“The Deal of the Century”), on August 13, 2020
mean?

It includes several things:
• It means a normalized relationship between Israel and the UAE—which is
in the Arabian Peninsula.

• Open travel between the countries

Palestine currently claims ownership of these areas, but Netanyahu has
been saying that he’s going to lead Israel to take control of them. But in
signing this peace treaty, he has said he won’t do that.

Reuters news source says that Bahrain and Oman could also soon
normalize relations with Israel. That any Arab countries are willing to
sign a peace deal with Israel right now is astounding.

In the last few years, Netanyahu has been trying to unite as much of the
Middle East as possible against Iran. Why?

Because the Israelis believe a conflict with Iran is probably inevitable—so
Netanyahu is trying to isolate the Iranians as much as he can.

Question #1: As Israel and Sunni leadership across the Middle East begin
working together, could it eventually lead to an agreement to create a
Palestinian state?

The majority of the entire world would love to see a peace agreement that
would ensure a Palestinian state! But dividing the land of Israel means
coming against God Himself.

Why?
Because the land of Israel belongs to God—not man.
It’s not to be divided.

God says Jerusalem is immovable! And He will come against those who
mess with Israel!

Netanyahu is considered to be a conservative, and many have thought he’d
never give up land for a treaty that promises peace. But could his recent
agreement to the “Deal of the Century” with UAE suggest he values peace
over property?

Daniel 9:27 prophesies an agreement between Israel and “many.” The
signing of the that agreement will usher in the Tribulation.

Is THIS the agreement that will do that?
Well, right now it’s not between Israel and “many”—it’s simply between
Israel and UAE.

But Bahrain, Oman, Morocco and Saudi Arabia could soon become
participants—and that would fulfill “many.” So though “The Deal of the
Century” isn’t the treaty that will bring on the end times . . . could it usher in
a treaty that will be with “many” thus ushering in the Tribulation?

Question #2: If Netanyahu is willing to give up gaining control of Judea
and Samaria (as he has done in this recent peace treaty with UAE), what

would he be willing to do with a peace treaty with all the Sunni
governments in the region?

Again, this is much too short of a space to tip any more than the
iceberg—even though I’ve gone longer with today’s devotional than I
usually do.

But let’s keep watch on what’s happening in Israel.
As I mentioned last week, Israel is all over the end times in Scripture.
It will be extremely interesting to see what happens in the near future.

The clock is ticking.
I believe we’re living in the end times.

Oh, Susie! People have been saying that for years!
True. But Israel becoming a nation for the second time in one day (May,
1948) was the sign that has brought all the other signs together with
rapidity.

We can’t predict when Christ will return . . . but we know He will.
He’s a God of His Word. He has never broken a promise.
The issue isn’t the date of His return. The issue is: Be ready!
Is your heart right?

I’d love to know your thoughts on all this!

If God leads you to donate to this ministry which He has entrusted me, you
can send a check to Susie Shellenberger Ministries, 7012 N. Lake Front
Drive, Warr Acres, OK 73132 or you can donate through PayPal by going
through my Website: SusieShellenberger.com

I will send you a tax donation receipt, because I’m a 501 C3 non-profit.

Is the Clock Ticking?